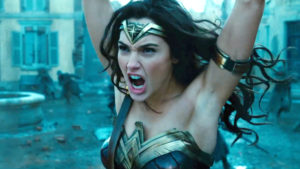 (You might want to read Part I first if you haven’t yet.)

At the same time that my mother told me she was in kidney failure and the doctors did not know how long she had to live, Alf had finally had enough. His treatment was having less and less effect. He was in pain and could no longer move like a horse. I said goodbye to my beloved equine soulmate, and it felt as though my heart had literally been ripped from my chest in his passing. I was a walking open wound.

My mother was in and out of the hospital every 3 weeks. She refused dialysis. It was a very confusing and busy time for my family, as we tried to arrange who would stay with her and how we would manage her as she failed, discussing assisted living and other options. The third time she landed in the hospital, we realized she could not live home anymore, and that she was declining perhaps faster than any of us were ready for yet. With the help of some wonderful hospital staff, we were able to get her into a hospice house. Then we had to move her things out of her apartment and get rid of what no one in the family wanted or had room to keep. We all prepared for her imminent death. The doctors gave her less than 6 months to live.

I took another leave of absence from grad school to have time to deal with the family crisis.

But hospice was good for my mother, it seems, because she rallied so much that she got kicked out of hospice after 10 months and went to live in a nursing home. (Amazing how much her kidneys improved with a reduction in her regular medication.) She passed away peacefully in her sleep 5 months later, on Good Friday.

Then, without warning, my graduate advisor (a man I greatly admired and still miss) died suddenly from a massive heart attack. He was a man that seemed to be in excellent physical shape. The scariest part of that was that he was my age. I was in the process of changing my major so that I could get out of grad school with some kind of masters degree (being exhausted and ready to quit by now), and he was still going to act as my advisor and was helping with that transition. All that came to a screeching halt when I got the phone call.

Mind you, at this point, my mare Saffron still had open wounds on her leg that I was treating regularly. I almost put her down, but then decided to allow her to try to heal on her own, because what did we have to lose? Instead of wrapping and re-wrapping every day, we cut it down to every few weeks. She held her own, and started to look healthier.

During my practicum, my relationship fell apart. Well, no, it blew apart in a volatile explosion. But we decided to try to salvage it. I withdrew from practicum more than half way through to take even more time away from school and we began couples counseling to help with the repair. We essentially began “Relationship Redux,” which culminated (eventually) in our engagement to be married. Still, it was another long grieving process for the former relationship, as well as a steep learning curve for us as a unit regarding how to create a new, healthier relationship.

Right around the same time, the NY Department of Environmental Conservation decided to order my two non-releasable does killed. That story is all through this blog (see “Please Save Deirdre & Lily! Sign Petition!” , “Urgent! Please Help Save Deirdre & Lily!” and “The Continuing Saga of Deirdre & Lily”), so I won’t go into it here. But that was a painful experience of uncertainty, discomfort, and even more grief, as I was forced to take NY state to court to try to save my “girls.” The suit resulted in only partial success and, ultimately, the death of my 6-year-old deer-daughter, Deirdre. While I managed to save one, I lost the other. My baby. My precious Deedah.

So, probably by now you are wondering how it is that I am not babbling to myself in a rubber room rather than facing imminent graduation. I truly have no idea. Unless that old cliché is true, and what does not kill us really does make us stronger. Or, as it is said in psychological circles, adversity builds resilience. Of course, it’s better to build resilience in small increments with plenty of recovery time between (like building muscle), but that has not been an option for me. I believe my spiritual practices and the tremendous amount of help and support I have received from others are the main reasons I am still functioning.

As if all this wasn’t enough, at the end of July, my mare Saffron became gravely ill and died. Three weeks later, my best friend of 40 years died in a freak accident at his summer home. That was the week before my internship started. Since he was also my employer (you know, at the job I mentioned at the beginning of all this), I’m sure you can imagine the stress this has created in both my personal and professional life.

No. No, come to think of it, I don’t think you really can.

I’m not even going to tell you what my internship entails, except to say that I am required to do six-hundred clinical hours (while also doing weekly assignments and coursework). I am learning a great deal about self-care at this point; my site supervisor insists. She says that although I have all the counseling skills in place, I am just not that good at self-care. And I admit that I do tend to schedule myself as though I am still the person I was before my head injury. (I’m still learning how different I am and what my new limitations are.) In any event, she says that women in general are not that good at self-care and she’s making it her mission to improve that. (How did I luck out with such a great site supervisor? It’s almost as though the Gods finally took pity on me and sent an angel…)

I have had four different core faculty advisors in my tenure at Prescott. I have symptoms of chronic PTSD now, and complex trauma will always be part of my story. But I’m only 8 weeks away from the goal, the goal that I started heading toward 6 years ago — the goal that I gave up on more than once, only to be called back to it at the strangest of times and in the most peculiar of ways. In fact, at the start of my program, when I was impatient and eager to get it done all at once, I was walking a labyrinth with a mare when she told me (yes, she did!) that school will “take as long as it takes.” (She was very wise.) It is always the horses who remind me of who I am and how far I have come. The horses continue to remind me of why I’m doing this and why I never gave up in the face of such overwhelming adversity. It is truly my calling to help people experience the healing power of connection, especially in relationship with horses.

Yes, graduation is going to be quite the victory. I will celebrate much more than a mastery of mental health counseling; I will celebrate the fact that the Universe, in its infinite wisdom, decided to give me a crash course in resilience so that I am better able to assist my clients through similar adversity to a positive outcome. I am stronger and wiser and better than ever because of the journey. My tenacity has served me well, and I’m still standing.

I’ll be happy for a respite, though. Just saying.