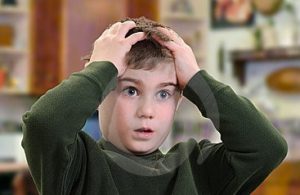 Entering graduate school at 51 years old may not have been my most brilliant move in life. At least, it doesn’t feel that way right now. As I scratch and claw my way to the finish line by May 2018, I will have been working on my MS in clinical mental health counseling for 6 years. Six years. Of course, it is a 60-credit-hour degree program, and adding the 15-credit-hour concentration in equine-assisted psychotherapy (the reason for the MS in the first place), I now realize that the expectation I had set for myself to finish 75 masters-level credit hours in 3 years was blatantly ridiculous. Especially while maintaining a full-time job. Add to that the time and expense of traveling to Arizona 6 times as required for graduation, plus the strain of having to be away from home for 9-day stretches as I attended mandatory three-day colloquiums and four-day equine intensives (sandwiched between a full day of flying on each end). What was I thinking?!?

Never mind what the degree program required of me; I could never have imagined when I started this journey what the Universe would require of me, which was a far greater test of my mettle.

Did I mention the traumatic brain injury and the bereavement? Just before I started school, I lost my beautiful Percheron mare, Connie, quite unexpectedly to impaction colic. Three weeks later, we lost Sam, a man I had considered my second father for many years. So, I entered the program still grieving these losses, and I cut my expected course load from 12 credits to 9.

One successful semester into my program, excited and knowing that I had found my calling and my purpose in the world, the Powers-That-Be hit me over the head with a horse. (Yes, the old clue-by-four, equestrian-style.) I was diagnosed with a “concussion” (which is really a traumatic brain injury that gets downplayed far too much) and sent home with advice to “rest my brain.” Yeah, right. How does one do that while in graduate school? Well, one is forced to, by the realization that one cannot read without headache, regulate emotion, construct proper sentences, or stand too much stimulus for any length of time. A leave of absence was in order, to heal my brain enough to get back into the thick of it. Ha! At the time, I thought I would heal right back to the old me. Little did I know how much that blow to the head would change me. But I have written elsewhere about that (see “How Traumatic Brain Injury Changed My Life”).

Anyway, 3 weeks after the head injury, while I was just beginning to heal, my absolute favorite cat, Moby, who had come to me as a stray and stayed for 6 affectionate years, was hit and killed in the road. I could not stop crying. The anguish was unbearable. And then my Palomino mare, Saffron, got bitten in the front leg by a poisonous creature that we believe was a brown recluse spider, requiring hospitalization. My rabbit, Gandalf, had tumors and had to be put down. My old dog Connor was in renal failure and I had to say goodbye to him. I buried two more cats, Boudicca and Calvin. All the time I was caring for my heart-horse Alf, who was declining from his degenerative disease.

Because of the head injury, I had to drop to 6 credit hours per semester when I did go back to school the next semester. Do not even imagine that I was healed, however. It took me at least three years to come back to some semblance of normal, and even then, it was a “new normal” that took a great deal of adjustment. I was grieving again, this time over losing the old me. It is very difficult to adjust to having a brain that now works very differently from the one I have relied upon for 50-some years.

Don’t misunderstand. There was certainly a bright side to all of this; the education I was getting in unexpected subjects (like traumatic brain injury, complicated bereavement, and equine wound care) was phenomenal. My counseling interests were beginning to shift to a specialization in complex trauma. I was chugging along in my studies, and my fear of public speaking had vanished with my head injury.

For some reason, I thought this would be a perfect time to enroll in Sandra Ingerman’s Two-Year Shamanic Teacher Training as well. (You must be thinking by now, and with the same inflection that Hermione Granger expressed: “What an idiot!”)

Then my mother told me she was in kidney failure and the doctors did not know how long she had to live.